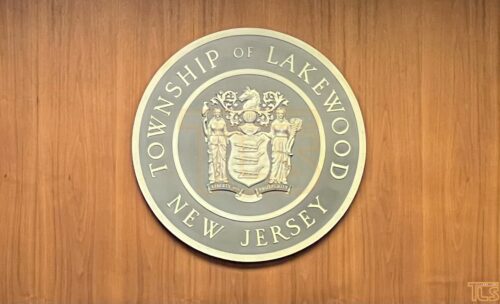 An Ocean County judge delivered a stinging rebuke to Lakewood’s Zoning Board, ruling that it had broken the law when it approved a recent application, representing a massive win for the “little guy” in Lakewood.

The case centered around a developer’s request to allow him to build six houses on a plot designed for one, by subdividing a parcel located in an R-40 zone, which requires 40,000 square feet of land for each property, into 10,000 square foot lots so he could build 6 townhouses on it.

Lakewood residents who live near the property protested the request, saying that the overcrowding would change the face of the neighborhood and wasn’t fair to those who already live in the area.

After initial testimony, the Lakewood Zoning Board granted the variance to the developer, but did so without adequately providing neighbors their rights, the judge ruled this week. The residents had hired attorney Jan Meyer – a frum lawyer who also chairs the Zoning Board in Teaneck – to oppose the application on their behalf before the Board. Despite asking for the hearing to be briefly postponed so that he can hire expert witnesses to appear on behalf of the opposition, the Lakewood Zoning Board refused, effectively denying Mr. Meyer time to gather the facts and hire professional experts to testify before the Board. The Board expressed to him and the residents that there is no time to wait, and simply approved the application with minor modifications.

When an expert witness testifies in a zoning or planning board case, his testimony is considered as evidence and the objectors must have a meaningful opportunity to have their concerns heard and bring expert testimony to support the opposition. Denying a party such reasonable opportunity is wrong.

Judge Marlene Lynch Ford ruled that the Zoning Board had broken the law by not allowing Mr. Meyer an opportunity to bring expert testimony before the board. She therefore nullified their zoning approval.

“The failure to grant the request for a reasonable brief adjournment so that the counsel for the plaintiffs could be adequately prepared, arrange for any opposition expert witnesses… and to otherwise be prepared in connection with this was arbitrary, capricious, and unreasonable,” Judge Ford said.

“The matter will be remanded to the Board for any further proceedings that are not inconsistent with this order,” she added.

The ruling may also apply to a number of other cases currently being heard by the Lakewood Zoning and Planning boards to which there is stiff opposition from Lakewood residents.