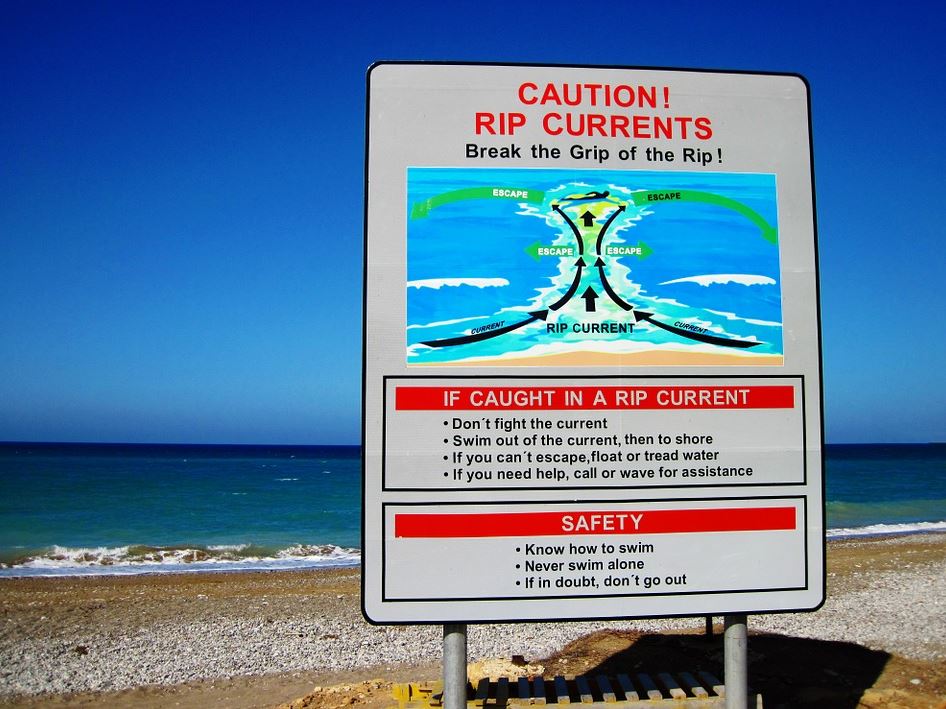 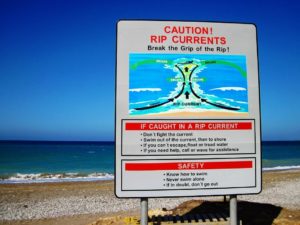 Every year more than 30-thousand people are rescued in the United States from rip currents and high surf zones, according to the National Weather Service. The U.S. Lifesaving Association (USLA) estimates more than 100 bathers will lose their lives this year due to rip current drowning.

“With the water getting warmer as the dog days of summer approach, more and more people will flock to the ocean to swim and recreate. That is why it’s extremely important to be aware of any known rip currents where you’re swimming and to only swim when a lifeguard is on duty,” advises Ocean County Freeholder Gerry P. Little, liaison to the Ocean County Board of Health.

Your chances of staying safe when swimming at a lifeguard protected beach rises dramatically. The USLA calculated that a person’s chance of drowning is 1 in a million while attending a protected beach. However, it’s important to know how to avoid a rip current or what to do if pulled into one.

“If you ever find yourself caught in a rip current, do not fight it,” explains Daniel E. Regenye, Ocean County Health Department Public Health Coordinator. “The best thing to do is to swim parallel to the shore and swim back to the beach at an angle. Try to stay calm – rip currents only pull you out, not under.”

You may have heard them referred to as “undertow” or “rip tides”, but these common phenomena are actually rip currents. Rip currents are powerful, narrow channels of fast moving water moving at speeds of 8 feet per second; that’s faster than Olympic champion Michael Phelps. That speed makes them extremely dangerous and deadly.

Regenye added, “Drowning deaths occur when people pulled offshore are unable to keep themselves afloat and swim back to shore. This is due to any combination of exhaustion, fear, panic or lack of swimming skills.”

What if I’m caught in a rip current?

What are some clues that a rip current may be present?

If you see someone struggling in a rip current, get help from a lifeguard. Too many people die trying to save a drowning victim from a rip current. If possible, throw the struggling swimmer something that floats. If a lifeguard isn’t available call 9-1-1.