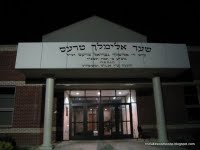 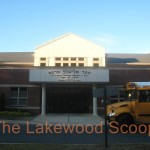 State and Ocean County health officials are investigating an outbreak of mumps in a section of Lakewood. About 30 cases of the rare disease have been reported to the Ocean County Health Department in the past couple weeks and so far most of them have been in young adults, said county health department spokeswoman Leslie Terjesen. (First reported HERE on TLS). Terjesen said the viral infection is primarily contained to one neighborhood in the town. Those affected are young adults who have been fully vaccinated against the disease, she said. Those infected are between 1 and 40 years old, with the average age between 17 and 20, Terjesen said.

The vaccine is usually administered in two stages: the first dose in a toddler between 12 and 15 months old, the second in a child before age 5.

Symptoms include fever, headache, muscle ache, fatigue and loss of appetite followed by a swelling of the salivary glands. The parotid salivary glands — those below the ears and extending along the jaw — are most frequently affected, she said.

A disease that has been around for centuries, mumps accounted for more than 152,000 reported cases in the United States in 1968. After the vaccine became widespread that year, the number of cases dropped to 680 per year by 1997, according to the Centers for Disease Control. Terjesen said that number has dropped further, to 265 annually.

The National Institutes of Health has recorded the most recent outbreaks in 2005, in Iowa and Oklahoma where the disease affected young adults rather than the traditional elementary-school age children.

The disease can have serious side effects, including deafness, pancreatitis, meningitis/encephalitis and miscarriage. Those complications, along with inflammation of the testicles, ovaries and/or breasts are more common in adults but are rare, according to the Center for Disease Control and Prevention.

The disease can be spread through sneezes, coughs and other exchanges of salivary fluid. An infected person can be contagious for up to seven days before showing symptoms and another nine days after the initial symptoms appear, according to the CDC website. TLS/Star Ledger