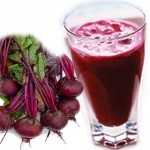 Ocean County Freeholder Director James Lacey sounded frustrated recently when he announced that this winter’s price tag to clear the roads of snow is approaching $2 million — including $1.3 million just for salt. Officials and taxpayers throughout the region have been equally upset about spending so much money simply to melt ice. The price of rock salt has been rising for years, officials say, and is at about $70 per ton. Many are looking for cheaper alternatives, and Lacey said Ocean County and others are studying a method that uses the byproduct of table-sugar production.

Beet juice, the liquid leftover when sucrose is extracted from sugar beets, is dark brown or deep red. Although it may look dirty when mixed with salt or brine and used as a deicer, public works officials said the product could clear roads more effectively than salt alone and also be cleaner for the environment.

The liquid has been used for years in the Midwest, as well as in Eastern states such as Pennsylvania, Maryland and Rhode Island. The substance is just now being used in New Jersey, and officials in the southern half of the state report having had their first meetings to discuss the beet juice in recent months.

When a few gallons of the juice are mixed with a ton of salt, beet juice sellers say, the combination should stick to roads much longer, allowing crews to use less salt overall. The juice also resists freezing at temperatures lower than 20 degrees below zero Fahrenheit, 40 degrees below the point at which regular rock salt stops being effective.

One of the most widely used mixes of the juice was patented in 2000 under the name Geomelt.

“The synergy between Geomelt and salt is so effective that the end result is that the agency using salt can reduce using it by 30 percent, and that can result in substantial savings,” said Dan Freeman, vice president of operations for Geomelt USA.

Freeman said it would cost $9 to treat a ton of rock salt with 5 gallons of Geomelt. If the average price of that salt is just less than $71, that brings the total cost per ton to about $80.

But if a truck has to spread only 30 percent of that ton of salt to achieve the same level of deicing, Freeman said, that would mean counties could spend $80 instead of $213 — or 3 tons of the regular rock salt at $71 per ton — to treat the same stretch of road.

Those numbers have caught the attention of officials such as Harry Tillett, head of public works in Atlantic County, who had his first meeting in January to talk about the product.

“We’re very interested in it,” Tillett said. “We’re told it would have the residual power of staying there over the course of several different storms.”

Don Olbrich, director of public works for Cumberland County, said he first heard of beet juice as a deicer in January, and he said it would be something the county would pursue after the winter.

“I think it’s safe to say that once we get through this winter, we will be investigating other uses and other possible products,” Cumberland County Administrator Ken Mecouch added, “because we have spent quite a lot of money on rock salt this year.”

Tillett said that if Atlantic County were to try beet juice, it would use it in a select area first to test its effectiveness, as well as evaluate whether it would stick to cars or have any effects on the surrounding environment.

Likewise, Ocean County Administrator Alan Avery said he wanted to determine whether it really is “messy.”

“It’s not white as snow,” he said. “I want to know if it would adhere to cars, or if we would hear complaints about it being difficult to remove from cars.”

Avery said he is scheduling time for a presentation by Road Solutions Inc., an Indianapolis-based company that distributes another trademarked mix of beet-juice solution called Ice Bite.

Ice Bite similarly claims to reduce the need for spreading salt by 30 to 45 percent, in addition to being less corrosive and working at much lower temperatures.

Freeman acknowledged that some governments have been hesitant to include beet juice in their deicing arsenal.

“It’s a great challenge to get public works officials to get something new,” he said. “Their No. 1 priority is public safety, so when we walk in with these new and novel products, it has been a slow and difficult road to get them to try these new products.”

One of the main concerns is the price of beet juice, and the officials who discussed pursuing it said they were wary of spending money on something that has not been widely used in the region.

“It depends on the cost,” Cape May County Engineer Dale Foster said when asked if the county would try something other than salt. “How much does it cost for these alternatives?”

Cape May County has spent about $315,000 so far on road salt, county Engineer Dale Foster said Friday. Typically, the county goes through 2,500 to 3,000 tons a year of road salt, he said. But this year’s extreme weather prompted more than 4,000 tons of salt used so far, he said.

While Freeman recommended using 5 gallons, or $9 worth, of Geomelt per ton of salt, companies such as Univar, which produces Ice Bite, recommended using higher concentrations of their product when deicing, such as a 1-to-1 mix with salt brine.

In January, Tillett met with representatives from the Rome, N.Y.-based Sears Ecological Applications Co. to discuss its corn syrup-based deicer called Ice B’Gone, which similarly is mixed with salt or brine, and, according to its Web site, costs $15 more per treated ton.

But that is still less than the $90 per ton Atlantic, Cape May and Cumberland counties were paying at one point to get extra salt rush-delivered when their regular suppliers could not meet demand.

Ocean County largely avoided having to pay those higher costs, although some of its municipalities did not. Barnegat Township, for instance, had to pay $700 more than it normally would for 100 tons of extra salt needed for the Feb. 9-10 blizzard.

If governments choose to begin using beet juice or something like it in the future, officials said it likely would not be until next year, when they have had time to fully evaluate the product.

And even if the region does not see another record snowfall next winter, finding ways to reduce budgets is an annual event.

“My guess is that anybody — given the unusual amount of snow and cost of all the road cleaning — that people are going to look at alternatives,” Avery said, “whether it’s this alternative or something else.” Pressofatlanticcity.