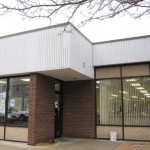 An official tells TLS that “Numerous verbal and documented complaints” against the Township Inspector accused of boxing in a school on October 3rd are being investigated. The official says the Township Attorney’s office, Manager’s office and other officials are looking into numerous complaints from residents who have come forward with their stories after the recent incident with the Inspector became public.

In the October 3rd incident, the Inspector is being accused of obstructing the roadway with a Township vehicle and endangering the children on the bus when he pulled his vehicle head-on to the bus while it was dropping off students, according to several eyewitnesses at the scene. TLS-CCP.