No More Leaving The Kids In The Car By Accident 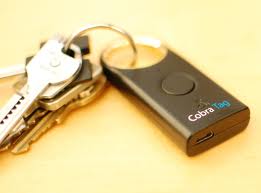 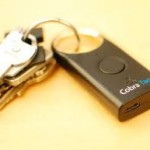 By Ron Benvenisti. A new gadget called the Cobra Tag and it uses your phone to keep tabs on your valuables. The Cobra Tag is a small device resembling a keychain fob. Attach it on your keys or anything else (even your kids!) It works via a Bluetooth link between the device and your Android or BlackBerry.

But here’s the first problem: Bluetooth is limited by a 30 foot distance.

But even with the 30 foot limitation, it’s great for notifying you that you left your kid in the car! To me that makes the product a no brainer at twice (or more) the asking price of 60 dollars.

Here’s how it works: When its sync’d, the free Cobra Tag app measures the distance between your phone and the Cobra Tag. If the two become separated by more than 30 feet, it sounds an alarm on your phone.

Even if you don’t notice the alert, the app automatically logs the device’s GPS coordinates and the time and date when it becomes separated from the phone. The data is stored within the app itself on the phone. What’s really cool is that the app can text or email the info out to certain people like LCSW or the LWPD or even have the app post the details on Facebook or Twitter!

Let’s say you can’t find your phone! Well, it works in reverse. By pressing a button on the tag it will sound a pretty loud alarm on your phone.

(But the Android Lookout Security app can do this from anywhere in the world, not just 30 feet away, and the Lookout app is free, but only screams on your phone!).

Problem two: the Android app runs as a service in the background so there’s no way to quit the app when you’re finished using it. You have to do a manual force-close to stop it. So your seven days’ use will be affected by whatever other apps are running, especially the Bluetooth requirement which sucks up battery power.

My take is that while it’s a useful gadget to have around the house or office for the absent-minded among us, because its two-way communications and tracking system (limited of course by the 30 feet limitation) could eliminate the always last-minute panic search we have all had on occasion.

And here’s (at least to me) problem three is: the Cobra Tag will cost you 60 bucks, a little to steep for the average budget IMHO.

The Cobra Tag might be useful for those items or kids nearby but I’d like to see it be able to find your car or other stuff if it moved more than 30 feet away. By using the GPS technology it already has and losing the Bluetooth for a real Wi-Fi network would do just that and take it to another league. Then you would know if your car was stolen and see exactly where it is and even have the device notify whoever you want in anyway you want to notify them.

Even though the Cobra Tag doesn’t have Lo-Jack fangs, it definitely could save your kid’s life. And we all know how much that’s worth.