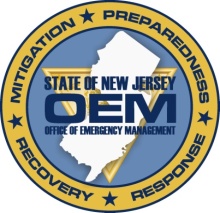 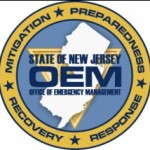 The New Jersey Office of Emergency Management is monitoring the effects of the earthquake across the Garden State. Colonel Rick Fuentes, Superintendent of the New Jersey State Police and Director of the State OEM in the Regional Operations Intelligence Center is keeping updated on developments regarding the earthquake that was centered in Virginia. The NJOEM has been in constant contact with the Governor’s Office, State Department and local officials.

At this time, there are very few reports of damage to any infrastructure in the state. Roadways, Bridges and tunnels all seem to be intact. Deptford Township in Gloucester County has reports of a gas leak on one street (Craig Drive) and there have been several residential evacuations at that location. Also, Gloucester County College reported a gas leak in one building that has since been evacuated. An odor of gas was also reported at one home in Paulsboro. There were no reports of any injuries.

The seismic activity triggered an “Unusual Event” at Salem/Hope Creek and Oyster Creek Nuclear plants, but that is a normal response to such an event. There have been no reports of any damage at either facility.

The NJ Department of Environmental Protection, Bureau of Nuclear Engineering is monitoring inspections of safety equipment at both sites. NJOEM is also coordinating local efforts with Salem, Ocean, and Cumberland Counties’ Emergency Management officials as they follow this event.

For additional information, the public may look at the New Jersey Office of Emergency Management website at www.ready.nj.gov or refer to your Salem/Hope Creek Calendar or your Emergency Planning for Oyster Creek Brochure.

As earlier reported, mobile phone service was unavailable for many users, but preliminary indications are that this disruption was due to an extremely high call volume generated by users.

Fire alarms at a number of buildings throughout the state were triggered at the time of the quake. Evacuations followed those alarms, but buildings were re-populated as soon as they were deemed to be safe.

Although aftershocks cannot be ruled out, the distance from the epicenter would indicate that there is need not be a great concern for New Jersey residents.

The NJOEM will continue to update the Governors office and the public on any new developments. TLS.