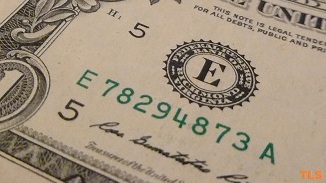 New Jersey voters may have the final say on whether the state’s minimum hourly wage should be raised to $8.25, after the General Assembly approved a measure sponsored by Speaker Sheila Y. Oliver, Assemblyman Tim Eustace and Assemblywoman L. Grace Spencer to put the question directly before registered voters at the next general election.

The resolution was put forth as a proactive measure in case the governor decides to veto legislation which proposes increase the minimum wage to $8.50. The resolution puts the question of raising the minimum hourly wage in New Jersey right before the voters via a referendum.

The bill was approved 46-29-1. If it is also approved again next year by the Assembly by a majority vote, it can go on the November 2013 ballot for voter consideration.

The resolution is one of several legislative measures being pushed by Democrats in the Assembly to spur job creation and jumpstart economic recovery in the state.

“With the worst recession in a generation still being felt across the nation, we are focused on getting New Jersey’s economy going again while helping working families make ends meet. Raising the minimum wage helps us do both,” said Oliver (D-Essex/Passaic). “Families are relying on low-wage jobs more than ever. A stronger minimum wage will help restore the consumer spending that powers our economy and that local businesses need in order to grow. A robust minimum wage is a key building block of sustainable economic recovery. The time for economic rebound is now, not later.”

“While the jobs lost during the recession were disproportionately in mid-wage occupations like manufacturing and construction, those that are now growing are concentrated in low-wage fields like restaurants, retail and home health care. As a result, more families are relying on low-wage and minimum wage jobs to make ends meet,” said Eustace (D-Bergen). “New Jersey is one of the most expensive states to live in. Let’s give these families the resources they need to thrive, not just survive.”

“Raising the minimum wage promotes economic growth by putting money in the pockets of working families who will then spend it on necessities at local businesses,” said Spencer (D-Essex). “Some have argued that this is not the right time to do this. I bet families who must work more than one job to make ends meet on the current rate would beg to differ. Increasing the minimum wage is not some type of reward; it’s a necessity magnified by living in one of the costliest states in the country.”

Raising the minimum wage to $8.25 would give New Jersey one of the highest minimum wages in the country (Washington, Oregon and Vermont have minimum wages greater than $8.25; Connecticut, Illinois, Nevada and the District of Columbia set $8.25 as their minimum), which would be commensurate with the high cost of living in this state. The annual income for a full-time employee working the entire year at the current minimum wage is $15,080; raising the minimum wage would raise that figure to $17,160. A weekly paycheck would go from $290 to $330, a difference of $40.