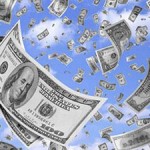 It is no consolation for bus and train riders who could shell out 25 percent more in fares beginning May 1, but federal officials today spelled out how $52.4 million in stimulus funds already earmarked for NJ Transit will be spent. The funding includes more than $15 million for exterior pedestrian and traffic circulation improvements on the west side of Newark Penn Station and more than $36 million for the construction of a new intermodal station and parking facility in Pennsauken, Camden County, that will allow light rail passengers to transfer to Atlantic City Line commuter rail service and local bus service.

In addition, money that was set aside to buy buses will be reallocated to maintain buses.

U.S. Sen. Robert Menendez (D-N.J.), who made the announcement in conjunction with U.S. Sen. Frank Lautenberg, said today from Newark Penn Station that the investment through the federal American Recovery and Reinvestment Act could create an estimated 4,000 jobs.

“This is, in essence, the focus of the recovery act,” said Menendez, who likened the reinvestment in the rail system to President Franklin Delano Roosevelt’s “New Deal” investment in America’s rusted 19th century tracks.

The money had already been earmarked and can not go toward offsetting a record 25-percent fare increase that is proposed for May 1.

But without that one-time cash injection of $150 million — combined with a 4-percent loss in ridership due to the economic downturn, union contractual obligations and a reduced state subsidy — NJ Transit is staring at a $300 million budget gap for the fiscal year that begins on July 1.

To close the hole, the agency has proposed the 25-percent fare hike, 200 layoffs, a 5-percent cut in executive pay and a reduction in contributions to the employee 401(k) retirement fund by one-third. Star Ledger