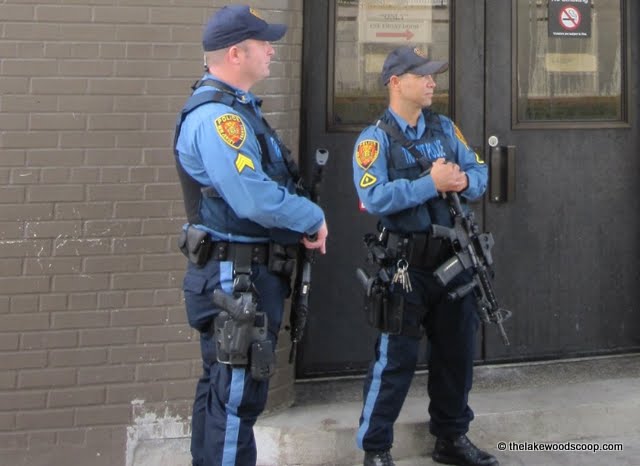 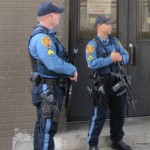 PHOTOS & VIDEO: The New Jersey State Police and NJ Transit Police this morning conducted a security drill at the NJ Transit Bus Terminal on 1st Street. The drill, says a NJ Transit Police Officer, is one of a series of drills which take place at Transit stations around the State.

“It’s a way of making the commuters feeling safe knowing that we’re involved”, says the officer who asked to remain anonymous.

The officer also mentioned that the drill was cooridnated ahead of 9/11.

Over a dozen officers – several with machine guns – and a K-9 Unit, took part in the drill.

(This story – with a photo – was first reported on our News Alerts).