NJ Senator: Could Lives Have Been Saved if Doctors Had the Chance to Fight COVID with Hydroxychloroquine? 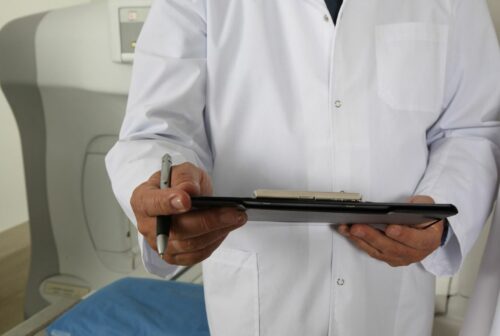 A just-released study by a New Jersey-based healthcare system indicates that patients with mild symptoms of the virus who received hydroxychloroquine were “significantly less likely to end up in the hospital,” according to a published report in the Daily Record, dated Jan. 27, 2021.

“This doesn’t come as a surprise to me, but it is troubling that we had to wait almost a year to get to this point,” said Senator Joe Pennacchio, who as early as March was joined by dozens of doctors and medical experts urging the federal and State governments to authorize doctors to use the drug, also known as HCQ, to help control the spread of COVID after the encouraging early findings.

“In the desperation of the early days of the pandemic, with COVID spreading like wildfire in areas of North Jersey and New York, hydroxychloroquine was the only treatment showing promise,” Pennacchio said. “HCQ got a bad rap because of politics, and its off-label use as a COVID treatment was blocked.”

The new study from Hackensack Meridian Health stated that from March to mid-May, the system’s physicians used the hydroxychloroquine to treat outpatients who did not have severe symptoms, and of more than 100 people who received the drug, barely 20 percent ended up in the hospital, compared with close to 33 percent of more than 1,000 people who were not administered HCQ.

In today’s article, the Daily Record reported that “the drug also appeared to be safe, with no reports of cardiac arrhythmia,” or other side effects.

“Politicians, insisting they knew more than the doctors who were prescribing the treatment effectively blocked its use and prevented further studies,” said Pennacchio. “They robbed the desperate public of a potential medical option when they were so desperate for any reason for hope.

“So much time was wasted, so many lives lost. So heartbreaking,” the Senator said.

In April, while the effectiveness of HCQ was playing out at Meridian’s hospitals, Pennacchio issued another plea to Administration, with a long list of 350 doctors from across the nation pleading for doctors to be allowed to use the drug to treat patients.

“How many thousands of lives, including those tragically lost in our veterans and nursing homes, may have been saved by the responsible use of hydroxychloroquine?” asked Pennacchio.

“Had politicians put aside their partisanship and truly did the business of the people, the story may have been quite different in New Jersey and across the U.S. What a shame,” Pennacchio concluded.