NJ Cops Beat Gangs At Their Own Deadly Games 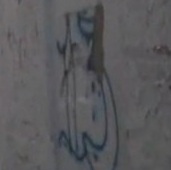 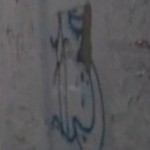 By Ron Benvenisti. I reported in an earlier post about gangs using game consoles with internet access to plan criminal activities and gather recruits, thinking they are not machines that store evidence. And they’re right. Now NJ Police acknowledge that gangs are using the consoles to broadcast their messages using social media sites to a huge audience.

Investigators in New Jersey have now begun to monitor social media like MySpace, Facebook and YouTube which gangs are using to discuss and conduct business, leaving behind plenty of evidence to make arrests. They don’t need to confiscate PCs or hard-drives etc.

Sgt. Michael Hoose, head of the Union County Prosecutor’s high-tech crimes unit said, “It used to be if a gang member drove by with a fancy car and nice sneakers they would see that in person. Well now they’re seeing it on their phones, they’re seeing it on the internet; the virtual doors and windows are open in everyone’s home. The access is just unbelievable.” “Gang members make profiles for their gang persona, like a fan page that’s like wearing your colors,” Hoose said.

“Now they get kids from throughout the city, throughout the county,” said Thomas Fennelly, head the Essex County Prosecutor’s gang V.I.P.E.R. Unit, in Newark. “Because if it’s on the internet or YouTube, people can log on from anywhere.”

Gang members invite thousands of people to “parties” and upload videos to Facebook and YouTube, according to Anthony Cox, a V.I.P.E.R. Unit detective, who said the gatherings sometimes turn into recruitment sessions. “A lot of gangs now are getting into movies,” Cox said. “If they’re shooting a movie, if you come along, eventually you’re gonna be part of their set.”

This web campaign targets younger recruits, some as young as 10-years-old, according to Union County Prosecutor Theodore Romankow.

The Union County Prosecutor’s Office found one gang member’s Facebook page, displaying bullets, a gun magazine and a “doo-rag” (bandana). “The desire for baby-faced gang members is simple”, he said. “Cops won’t check a pre-teen for weapons or drugs when they have a crew of full-grown gang members to worry about. There is some concern that they’re doing it in the grammar schools. This is a real problem. Once they get them in, they start using them to transport drugs.”

“Last year, a feud between two gang groups over a basketball game led to a beating in Union County”, Romankow said. “Not long after the assault a video was posted to YouTube with the victorious group standing over their victims, flashing stacks of money.”

“What they’re doing is they are showing young kids that this is a way of life that they can live,” he said “And it’s cool.”

In one case Bloods gang members known to Trenton authorities, thought they had an informer in their midst. So they planned to kill him. According to NJ court records, one gang member told another, “If I had my wifey (gun), I’d get it done,” the Blood replied, “But you’ve got (a gun), so it’s on you.” The victim — 20-year-old Blood was planning a trip to New York for two weeks. “That (expletive) ain’t coming back we got 48 hours.” The cops didn’t have to use a wiretap to bag them: they just followed the MySpace messages plotting the murder in between a bunch of “LOL”s. The gang members accused in the slaying were known to the Trenton cops long before they allegedly plotted to kill the 20-year-old in MySpace conversations, said Frank Clayton, a retired gang investigator. As the Bloods gained a stranglehold on Trenton’s streets, MySpace surged in popularity. Clayton took used the same internet techniques to foil them.

Clayton put together a team of interns at the Mercer County Prosecutor’s Office and charged them with “friending” as many gang members as they could. They created fake profiles, pretending to be prospective gang members and attractive young girls. One profile gained at least 180 friends.

Navigating web sites flooded with pictures of gang members flashing hand signs and handguns, Clayton and his crew identified countless members of Trenton gang sets. The defendants in this particular 20 year olds murder called themselves the “Swag Boys” online, and were “friends” with other members of the S, Money, Murder Bloods set.

Clayton said, “They discuss beefs up there, message each other where they were gonna have meetings … they would announce gang parties through MySpace,” he said. “If somebody died, there were lots of posts.”