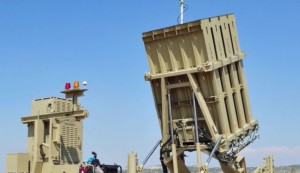 A bipartisan resolution to express support for the State of Israel and call for increased U.S. aid to Israel as it fights against terrorist attacks was approved Monday in the Assembly. The bill was sponsored by Assembly Democrats Gary S. Schaer, John S. Wisniewski and Bonnie Watson Coleman.

The resolution (AR-154) emphasizes solidarity with Israel as it defends itself against unprovoked rocket attacks from Hamas and condemns the terrorist organization’s use of civilians as human shields. In addition, the measure calls for more federal aid to Israel for maintenance of the Iron Dome program and urges the permanent demilitarization of Hamas.

“Just months ago, the utter evil that is Hamas manifested itself in the kidnapping and subsequent murder of three innocent Israeli boys in the West Bank. The incident was a tragic act in this group’s far larger mission to destroy Israel – our nation’s closest ally in the Middle East – altogether, one evidenced by thousands of deadly rocket attacks,” said Schaer (D-Bergen/Passaic). “There can be no doubt whatsoever about where the state of New Jersey stands on this matter. As long as Hamas exists to threaten the security of the Israeli people and the people of this world, New Jersey will stand firmly with Israel as it exercises its indisputable right to defend itself.”

“The people of Israel have a right to live in peace, and as the world’s leading nation, the United States has a responsibility to stand against all acts of terror and against those who engage in or encourage such atrocious behavior,” said Wisniewski (D-Middlesex). “Time and time again, Hamas has rejected ceasefires, choosing instead to continue ruthless attacks on schools, homes and hospitals, killing Israelis and Palestinians alike. We, too, have a choice to make – and today, with this resolution, we choose to denounce Hamas, to fortify the Iron Dome and to stand up in the name of a future free of fear and violence for both Israel and Palestine.”

“In withdrawing from both Gaza and Lebanon, embracing treaties with Egypt and Jordan and working with the Palestinian Authority in the West Bank, Israel consistently has extended an olive branch in the Gaza conflict. Hamas, however, remains unwavering in its commitment to destroy Israel and revels in endangering innocent Palestinian civilians,” said Watson Coleman (D-Mercer/Hunterdon). “Our nation’s relationship with Israel, coupled with our commitment to the right of every man, woman and child to live in peace, demands that we support the self-defense actions of Israel. This resolution is a declaration by the people of New Jersey that we absolutely will not tolerate the indiscriminate barbarism of Hamas.”