Niftar Gets Jewish Name, Kvuras Yisroel, Thanks to Misaskim 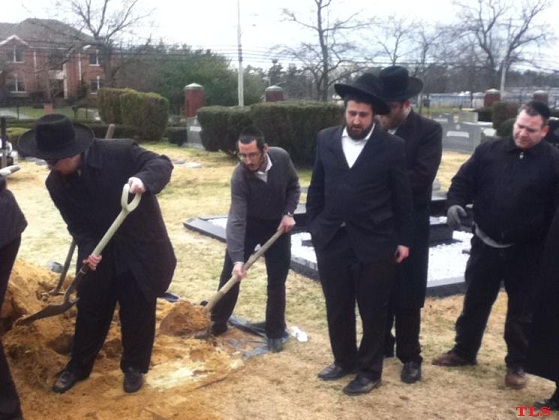 PHOTO: A Jewish Niftar who would have been buried in a non-Jewish cemetery, was given a Jewish name and brought to Kvuras Yisroel, thanks to a Lakewood Yungerman and Misaskim.

Charles Lotmon A’H, 79, who suffered from an illness most of his life, was Niftar at a Jewish facility last week. A Lakewood Yungerman working at a facility contacted Misaskim after noticing his intended non-Jewish burial location.

After much paper work and effort, the body was released for burial in Lakewood.

Being that he never married and had no family, nobody knew his name. What was known however, was that his father’s name was Yisroel.

Harav Yecheskel Roth Shlita, one of the world’s leading Poskim, was contacted, and instructed Misaskim to name the Niftar Yaakov.

So on Friday afternoon, Yaakov ben Yisroel, was buried in a Jewish cemetery and by a Minyan of Frum people.

(Being that he left behind no family, Learning Mishnayos in the memory of Yaakov ben Yisroel, would be a great Zchus).