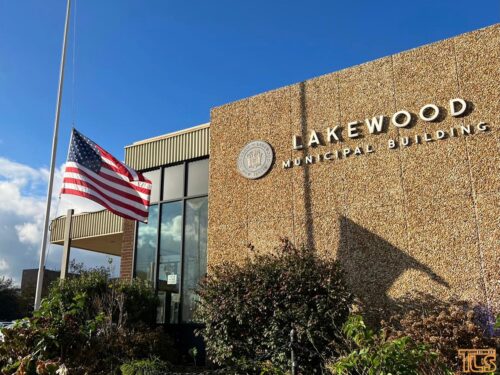 The New Jersey Senate Community and Urban Affairs Committee advanced a bill sponsored by Senator Robert Singer (R-Lakewood) which would provide needed help for some of the state’s largest municipalities, including Lakewood, who are struggling with a glut of paperwork demands. The request was made by the Lakewood Township.

Under Singer’s bill, S-85, municipalities with more than 100,000 residents would be authorized to appoint as many as five alternate deputy registrars to ease the workload of filing vital documents.

“The workload in the registrar’s office of New Jersey’s largest local governments can far exceed the individual capabilities of the registrar of vital statistics,” Singer, who represents the 30th Legislative District, said in a statement. “By better utilizing existing staff and authorizing them to process forms, efficiency and service levels would be increased.”

The other six are Newark, Jersey City, Paterson, Elizabeth and Edison.

“The volume is huge in our heavily populated cities,” Singer explained. “Registrars are the only ones authorized to complete these tasks, and often there is more work than there is time to do it. When people are out sick or on vacation, things only get worse.

“This will help large communities keep up with the demand without hiring in a difficult job market, and it is permissive, so no municipality would be required to change a thing,” Singer added.

Lakewood Deputy Mayor, who serves as the Liaison to the office of Vital Statistics says this will held couples receive their marriage certificates quicker.

“Municipal Registrar Lauren Kirkman worked diligently with Senator Singer’s office to get this going,” says Miller. “Lakewood is home to numerous wedding halls and we have a record amount of weddings taking place in Lakewood on a daily basis. This will certainly reduce the backlog and enable young couples the ability to obtain their marriage license quicker and more efficiently.”