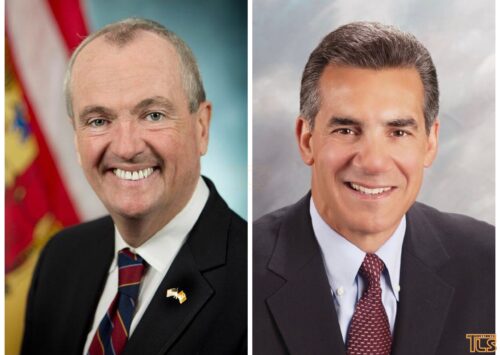 The poll, released by Emerson/PIX11 Thursday afternoon, found that Governor Murphy now leads Jack Ciattarelli 50% to 44% – just 6 percentage points – far too close for Democrats’ comfort in the deep-blue state of New Jersey. 7% of voters said they are still undecided over who to vote for.

Reacting to the poll, Mr. Ciatarelli told TLS, “Our internal polling actually has us closer than that, so I’m not surprised.”

“Our campaign is exactly where we believe we need to be,” Ciattarelli added.

The poll represents the closest race between Governor Murphy and Republican Jack Ciattarelli since head-to-head polls between the two candidates began. And with the election barely a week and a half away, Ciattarelli is looking to end his campaign strong, crisscrossing New Jersey as he seeks to gain more support ahead of the November 2nd general election.

As noted above, Ciattarelli visited Lakewood on Thursday, meeting with residents and local business owners, and holding a rally and q&a session in town square.

Governor Murphy was in Lakewood on Tuesday, also meeting with residents, business leaders, and local organizations, and attending a private fundraiser for his campaign on Tuesday evening.