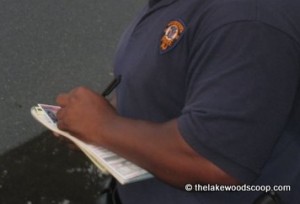 Legislation to make it more convenient for drivers to pay motor vehicle fines was advanced recently by an Assembly panel. The bill was sponsored by Assemblymen Reed Gusciora, Benjie Wimberly and Whip Wilson.

The bill (A-222) requires the Motor Vehicle Commission (MVC) to permit drivers who owe motor vehicle surcharges to pay using a monthly installment plan and extends the time period during which drivers may pay fines.

“A driver who prefers to pay his or her fines in installments may not be able to under current law,” said Gusciora (D-Mercer/Hunterdon). “A driver’s ability to pay fines should be taken into consideration by the MVC. What matters most is that the fines get paid, not how long it takes someone to pay.”

The bill requires the Motor Vehicle Commission to enter into a monthly installment plan for the payment of motor vehicle surcharges upon the written request of a driver with outstanding surcharges. The measure provides that a driver may pay assessments on an installment basis over a period of up to four years for assessments under $2,300 and up to six years for assessments of $2,300 or more. The legislation prohibits the agency from denying any such request.

Currently, the MVC has the discretion to authorize payment of surcharges on an installment basis over a period of up to one year for assessments under $2,300 and up to two years for assessments of $2,300 or more.

“An unpaid fine can result in suspension or loss of driving privileges, which, in turn, can result in the loss of a job,” said Wimberly (D-Bergen/Passaic). “When many rely on driving to get to and from work and to care for their families, allowing a payment plan to reconcile motor vehicle surcharges can benefit individuals who are working hard to make ends meet.”

“Longer payment periods and more installment plans are tools the state can employ to gradually decrease the total amount individual drivers owe to the MVC and ultimately recover more of the money owed,” said Wilson (D-Camden/Gloucester). “Instead of defaulting on surcharges, more drivers will be able to make payments faithfully because of this legislation.”

The measure was released by the Assembly Appropriations Committee.