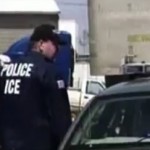 UPDATED VIDEO: A new music video shows exclusive footage from Rubashkin’s Game Plan, the documentary film focusing both on the Rubashkin case and dual reaction of anger and solidarity from the Jewish community following the sentence handed down in the case.

“Yedid Nefesh features footage of the events that led up to the miscarriage of justice that is known as the Rubashkin case”, say the producers: “Rubashkin’s first arrest on charges of violating immigration and child labor laws, the largest immigration raid ever conducted in the United States at the Postville, Iowa Agriprocessors plant and Sholom Mordechai Rubashkin’s second arrest on charges of financial fraud, resulting in an unusually harsh sentence of twenty seven years in prison.”

“The words “yedid nefesh” literally mean “a friend of the soul”, a description that literally defines Sholom Mordechai Rubashkin, as he treated thousands of people he never even met as true friends, both in the way he conducted his business and his personal life. Yedid Nefesh focuses on the outrage, indignation and tremendous unity that has swept through the entire Jewish community in response to the case, which was perhaps, unknowingly, Sholom Rubashkin’s ultimate Game Plan.” TLS.