New Jersey Minimum Wage to Increase By Another $1.13 An Hour Next Week 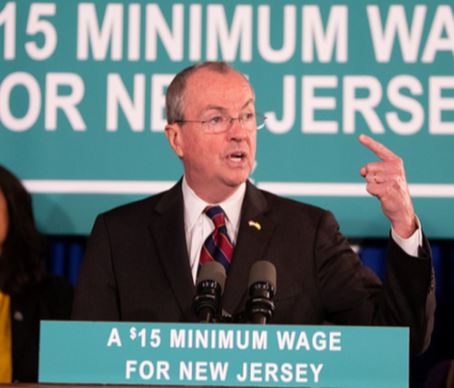 As reported earlier this year, the minimum wage in New Jersey will increase by $1.13 an hour to $14.13 per hour for most employees, effective January 1, 2023.

Annual increases in the minimum wage are due to legislation signed by Governor Murphy in February 2019 that raises the wage floor to $15 per hour by 2024 for most employees.

Under the law, the minimum wage increases by $1 per hour – or more if warranted because of significant increases in the Consumer Price Index (CPI), as happened this year.

The New Jersey Department of Labor and Workforce Development (NJDOL) sets the minimum wage for the coming year using the rate specified in the law or a calculation based on the CPI, whichever is higher.

Once the minimum wage reaches $15 per hour, the state Constitution specifies that it continue to increase annually based on any increase in the CPI.

When Governor Murphy took office in 2018, the state’s minimum wage was $8.60 per hour; he and the Democratic-controlled Legislature immediately worked on increasing the minimum wage, marking it as a legislative priority.

Under the law, seasonal and small employers were given until 2026 to pay their workers $15 per hour to lessen the impact on their businesses. The minimum hourly wage for these employees will increase to $12.93/hour on Jan. 1, up from $11.90.

Tipped workers’ cash wage will increase to $5.26/hour, with employers able to claim an $8.87 tip credit, an increase in the maximum allowable tip credit of $1. If the minimum cash wage plus an employee’s tips do not equal at least the state minimum wage, then the employer must pay the employee the difference.