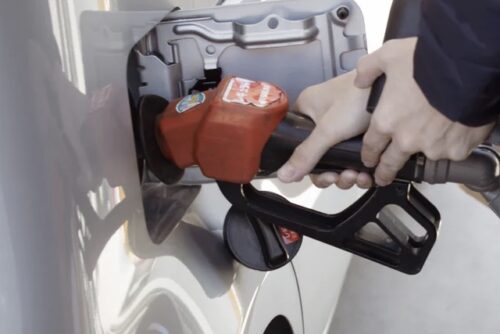 The New Jersey gas price average topped the $5.00 threshold today and reached a new all-time record high of $5.01 per gallon – up 3 cents overnight, up 26 cents in the past week, up 59 cents in the past month, and $1.95 higher than one year ago.

The national average retail price for a gallon of regular, self-service gasoline is $4.91 per gallon today, up 5 cents overnight, up 29 cents in the past week, up 61 cents in the past month, and $1.86 higher than one year ago.

“So far, the pent-up urge to travel caused by the pandemic outweighs high pump prices for many consumers,” said Tracy Noble, spokesperson for AAA Mid-Atlantic. “But 67% of drivers recently surveyed told us they would change their driving habits if gas hit $4.50 a gallon. That number rises to 75% at $5 a gallon. Now that we have crossed that threshold, will people alter their summer travel plans? That remains to be seen.”

Among Americans who said they would make changes in response to higher gas prices, a majority (80%) said they would opt to drive less, with some differences among age groups:

While many Americans may adapt their daily habits to make up for higher gas prices, it likely won’t have as much of an impact on summer travel. AAA’s survey found that 52% of Americans have plans to take a vacation this summer. Of those, 42% said they would not consider changing their travel plans regardless of the price of gas.