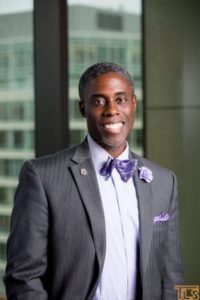 The New Jersey Department of Health today announced a new Dental Director for the State of New Jersey.

The appointment of Dr. Darwin K. Hayes, DDS, MHA, FAGD, who began work today, marks the first time in more than 30 years that the state has had a Dental Director.

“We are pleased to welcome Dr. Hayes as part of our leadership team,” Deputy Commissioner Deborah Hartel said. “With his knowledge and expertise, the Department will be able to expand oral health initiatives to address our most vulnerable populations.”

In his new role, Dr. Hayes will oversee dental services and programs for New Jersey residents. He will also be responsible for developing and overseeing an Oral Health Plan for the state.

Prior to joining the Department, Dr. Hayes served nearly seven years as the Lead Co-Director of the General Practice Residency (GPR) Program at BronxCare Health System, the second largest GPR program in the U.S. The program has trained more than 800 new dentists in the areas of general and hospital dentistry, pediatric dentistry and orthodontics in the past 29 years.

During his tenure, he was part of the executive management team that used a $3.5 million government grant to improve access to high quality healthcare by increasing the number of dental providers and expanding an integrated oral health/primary care initiative through the successful management of a highly competitive HRSA-funded project. He also served as Chair of the Administration Board for the American Dental Education Association (ADEA) Council of Advanced Education Programs.