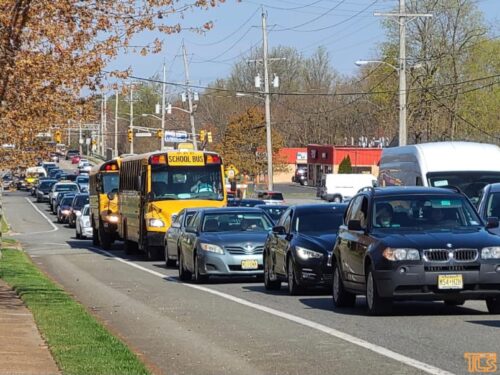 In acknowledgement of the recent National School Bus Safety Week, the New Jersey Department of Education (NJDOE) would like to thank the bus drivers across the State for safely transporting New Jersey students – and remind drivers to be cautious around school buses, bus stops, and school zones throughout the entire school year.

National School Bus Safety Week is held the third full week of every October. Approximately 700,000 New Jersey students are transported to and from school by bus on a typical school day, traversing some 480,000 miles on nearly 42,000 bus routes.

The National Highway Traffic Safety Administration (NHTSA) says students are 70 times more likely to arrive at school safely when taking a school bus instead of traveling by car. School buses are the most regulated vehicles on the road. The New Jersey Motor Vehicle Commission (NJMVC) inspects every school bus twice a year, and at least once a year NJMVC reviews all school bus driver records onsite.

As the school year began, the NJDOE partnered with the New Jersey Division of Highway Traffic Safety (NJDHTS) and other state and federal agencies to use their social media platforms to encourage safe driving around schools, buses, and bus stops. Below are some tips that can serve as important reminders for drivers and parents: