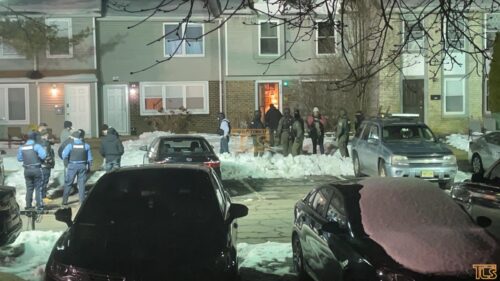 As first reported on our Status, new video obtained by TLS shows the victim in last night’s shooting just moments before and after being shot.

Towards the beginning of the clip, the victim can be seen running from the top right to the top left of the screen. A vehicle – allegedly involved in the shooting – can be seen pulling up moments before the victim is seen stumbling on the street. He collapsed a few feet later.

Authorities from Lakewood and County are continuing the manhunt for the shooter(s).

Early this morning, Lakewood’s SRT (Special Response Team – also known as SWAT) conducted a raid on a home allegedly involved in the shooting.

Anyone with information is asked to contact the Lakewood Police Department.