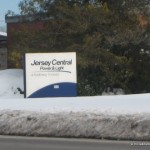 Even as thousands of New Jersey residents continue to wait for electricity to be restored in the aftermath of last month’s rare, damaging nor’easter, utility companies are making arrangements to cover the extra costs by raising fees on customers, according to a report on NorthJersey. The toll of both storms was unprecedented by the state’s utility companies, said Lee Solomon, the president of the state’s Board of Public Utilities. And the extra restoration costs — which are likely to run into the tens of millions of dollars — also include damage wrought by Hurricane Irene, the report said.

But Public Service Electric and Gas Co., the state’s largest utility company, told the news organization it may ask the BPU to let it recover nearly $29 million of the roughly $42 million in damages due to Irene through rate increases.

The attempts to recoup costs through rate increases might not come for months or years, the report added. Star Ledger.