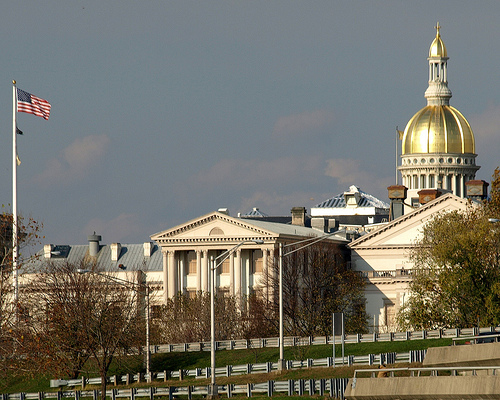 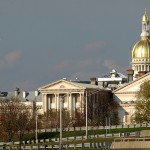 New Jersey lawmakers are gearing up for a fight over whether to extend a tax increase on the rich as the state’s budget problems grow by the week. Top Democrats are saying that with the state’s budget problems — a $2.17 billion budget gap this year, and up to $11 billion for the fiscal year that begins July 1 — the tax increase originally thought to be temporary should be back on the table. Gov. Chris Christie, a Republican, has repeatedly said he would not reinstate the tax. “Although I was not originally supportive of it, everything at this point in time should be on the table and open for discussion,” said Sen. Paul Sarlo (D-Bergen), the new chair of the Senate Budget and Appropriations Committee, which will hold hearings on the budget Christie will propose March 16. The one-year tax increase on people making more than $400,000 passed last year and expired on Jan. 1. It was expected to bring in $1 billion, but it’s unclear whether collections will hit that target. High earners’ incomes took a hit as the economy tanked, and a similar tax increase by New York would eat into taxes paid by New Jersey residents who work in the city.

Republican lawmakers are pointing to a Boston College study released earlier this week as more evidence that the state’s tax system is forcing wealthy people to flee the state.

“It makes the case for what we all know anecdotally,” said Sen. Joseph Kyrillos (R-Monmouth). “If we want to drive more high income people away, we’ll put [the tax] on the table.”

The study, commissioned to determine the effect on charities of rich people moving out of New Jersey, said families worth about $70 billion moved out of the state from 2004 to 2008.

But when figuring out the effect on the state budget, it’s more important to look at residents’ income, said David Rosen, budget and finance officer for the Office of Legislative Services, a nonpartisan office.

“We don’t tax wealth, we tax income,” Rosen told the budget committee meeting today. “So the income part of this strikes me as more significant.”

Rosen, who made clear he was not advocating for any policy, said the state could see $300 million in the first half of this year if it extended the tax increase retroactively on richer residents.

Senate President Stephen Sweeney (D-Gloucester) said the tax extension makes sense, but it will be up to the governor to come to that conclusion.

“I’m not going to shove a tax down his throat,” said Sweeney.

Christie said he will soon discuss his plans to address the $2.17 billion shortfall this fiscal year. He has said he will not raise taxes, fees, tolls or any other revenue source. Star Ledger.