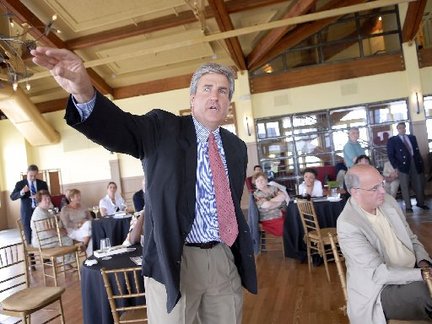 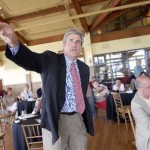 Gov.-elect Chris Christie will announce two more members of his cabinet today, naming business consultant Bob Martin to lead environmental efforts and former Republican candidate for governor Bret Schundler, who championed school choice, to oversee New Jersey schools, according to two people with knowledge of the announcement. Schundler, a former Jersey City mayor who lost to James E. McGreevey in the 2001 governor’s race, is Christie’s choice to run the Department of Education. He is currently the chief operating officer at The King’s College, a Christian liberal arts school in New York City. A champion for school choice, Schundler said there’s bipartisan support for charter schools and merit pay for teachers despite opposition from the the New Jersey Education Association. “We are at the moment in history … when politicians on both sides of the aisle are willing to make changes that will make a difference in the lives of our students,” he said. Rev. Reginald Jackson, executive director of the New Jersey Black Ministers Council, is backing Schundler’s nomination.

“It looks good in terms of reforming public schools and implementing school choice,” he said. “And I don’t think you can have one without the other.”

Bob Martin, the nominee to lead the Department of Environmental Protection, advised Christie on energy and environmental policy during the campaign after retiring from the consulting firm Accenture.

“We need to change and transform the DEP,” Martin said. “We need to make it better.”

“We want to see more of a balance between economic growth and environmental protection,” he said. “Up until now, that’s been lip service.”

Jeff Tittel, director of the New Jersey chapter of the Sierra Club, said he’s concerned that “streamlining” the department could result in weaker regulations. He also pointed out that Martin lacks a background in government regulations.

“We know he will be good at running the department,” he said. “The question for us is, where does he stand on the major issues?”

With each nomination, Christie emphasizes his campaign promises to promote charter schools, combat teacher unions and protect the environment while making the state more business friendly.

Both nominations must be confirmed by the state Senate.