N.J. Eligible For $200M In Grants Aimed At Educational Reform 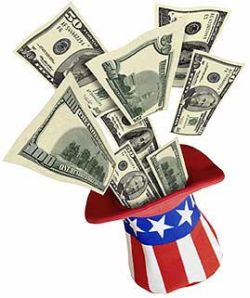 New Jersey stands to receive at least $200 million in federal grants intended to spur educational reform that could include controversial initiatives like merit pay for teachers and a push for more charter schools. U.S. Education Secretary Arne Duncan Thursday released the final application for the grants from the Race to the Top Fund, which will distribute more than $4.35 billion nationwide. States have until mid-January to prepare applications for a first round of grants and until June for the second round. The deadlines could pose a logistical problem since the applications need to contain statements from local school districts. In New Jersey, the process is made more cumbersome by the sheer number of districts: more than 600, and the fact that a new administration will be taking over in Trenton and presumably changing key staff at the state education department in January.

“The timelines are critical,” said Frank Belluscio, spokesman for the New Jersey School Boards Association. “But this is federal money at a time when, obviously, we need it.”

The state is in the midst of a budget crunch and there is concern that New Jersey, which is among the national leaders in per-capita spending on K-12 education, could cut school aid next year.

The Race to the Top will require states to take an “all-hands-on-deck approach,” Duncan said, in a press release issued by the DOE. “We will award grants to the states that have led the way in reform and will show the way for the rest of the country to follow.”

The funds available to states are dependent upon population. The largest states, California, Texas, New York and Florida are eligible for $350 million to $700 million each. New Jersey falls into the second tier of states, along with Pennsylvania and North Carolina, which can qualify for grants totaling $200 million to $400 million. Smaller states like Alaska and Vermont each would be eligible for $20 million to $75 million.

The grant applications will be awarded on a point system, with a state earning points for things like adopting higher test standards, evaluating teachers, and fostering charter schools.

New Jersey’s standards — including statewide tests for students in grade K-12 — are believed to be among the most stringent in the nation.

In seeking to improve teacher quality, the initiative leaves open the door to measures that directly link teacher and principal evaluations to student performance. That emphasis has earned the opposition of teachers unions nationally, which oppose merit pay and fear that teacher evaluations will be too closely tied to standardized test scores.

The grant program “continues to follow the error of NCLB (the No Child Left Behind Act) in its emphasis on test scores,” said Steve Baker, spokesman for the New Jersey Education Association, the state teachers’ union. “We need a broader based view of the teaching and learning process.”