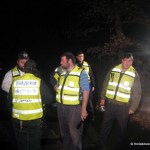 New Jersey has become the 11th state to create an emergency system for locating elderly residents gone missing. Acting Gov. Richard Codey today signed the bill creating the Silver Alert system. It will take effect in July. It is similar to the Amber Alert system for missing children. Information about a missing elderly person believed to be suffering from dementia would be broadcast on television and radio stations and posted on electronic highway message boards. A Silver Alert would be issued when a missing person’s report has been filed and the person is believed to be in danger.