N.J. Budget Deficit Grows To $1B For Current Fiscal Year 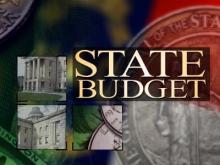 The state today said it is facing a $1 billion hole in this year’s budget — a shortfall five times bigger than previously disclosed — and will cut funding for schools, municipalities, higher education, hospitals and pension plans to help close the gap. A Treasury spokesman said the state collected $412 million less in taxes than expected through October. “It is going to be a gut-wrenching experience,” said Bill Dressel, executive director of the New Jersey League of Municipalities. The crunch has already led to a disagreement with Gov.-elect Chris Christie, who has called for spending freezes. On Tuesday, Corzine and Christie clashed over emergency funding for food banks and soup kitchens.
That revelation is the latest budget problem facing New Jersey as it grapples with fallout from the deepest economic downturn since the Great Depression. Two days after he lost the election, Gov. Jon Corzine said the state needed to find $400 million in savings to cover shortfalls that included $190 million in anticipated taxes that did not materialize.

In addition, the state already will start off next fiscal year’s budgeting process with an $8 billion hole, according to a report from a nonpartisan legislative office.

The depth of the state’s current $1 billion shortfall was not revealed until today, when it was included in a required statement sent to Wall Street bond investors. It means officials now have to tell people who were expecting money they will not be getting it.

“It is going to be a gut-wrenching experience,” said Bill Dressel, executive director of the New Jersey League of Municipalities.

It is the second straight year the state has been forced to make mid-year budget adjustments to deal with revenue shortfalls in the billions.

This year’s money problems have already led to a disagreement between Corzine and Gov.-elect Chris Christie, who has called for spending freezes. On Tuesday, Corzine and Christie clashed over emergency funding for food banks and soup kitchens.

A spokesman for Corzine said today the governor still wants to seek help for hungry and needy residents.

“During these tough national economic times, many families are struggling to put food on the table and heat their homes,” spokesman Robert Corrales said in a statement.

Corrales directed any questions about the budget deficit to the Department of Treasury.

Through October, the state took in $412 million less than expected in income, sales and, most notably, corporate business taxes, according to a report the state treasurer released today.

That has left New Jersey, like many other states, scrambling to figure out where to cut, with more than half the budget year left. The state’s fiscal year runs from July 1 to June 30.

“It’s gotten to the point, all over the country, where states are making budget cuts to the magnitude that more than inconvenience people,” said Jon Shure, deputy director of the nonprofit Center on Budget and Policy Priorities. “The tragic irony in this is that people’s needs rise at the very same time that the state’s ability to meet those needs is falling.”

The state has already taken steps to close the gap, including $200 million in savings that have been identified, Treasury spokesman Tom Vincz said. Earlier this month, Corzine asked his departments to deliver $400 million in cuts by Tuesday.

State officials also expect to receive $60 million from new Powerball revenue and taxes from recovered offshore bank accounts, and make up the rest with “up to $400 million actions affecting major cost centers, including: school aid, municipal aid, higher education, hospitals and the state contribution to the pension plans,” according to the bond prospectus.

The dire state of the current budget was tucked onto the bottom of page 51 of a report sent today to Wall Street bond investors for a $29 million bond issue through the New Jersey Building Authority.

The timing of the release — the day before Thanksgiving — did not escape those who will be affected.

“Very often, when news like this comes out late in the afternoon before a holiday, it’s not good,” said Frank Belluscio, spokesman for the New Jersey School Boards Association.
Besides the lagging tax collections, the state revealed to investors it started the year with $244 million less than expected and said there is a “need” for $350 million in additional spending.

Senate Budget Committee Chairwoman Barbara Buono (D-Middlesex) said the numbers should serve as a wake-up call to those considering any additional spending — including some lawmakers who want to pass lame-duck legislation with up-front costs that would result in savings in the long run.

“At this point we have to be concerned with the present, and at the present we have to have a balanced budget,” Buono said. “Whether or not to spend is no longer a choice.”
The prospect of losing funds they had already counted on left many state-aid recipients wondering where else they can give.

Municipalities would have to pare services such as police and fire to deal with cuts, dip into savings or borrow emergency funds, Dressel said.

And with school budgets set in the spring, it was unclear how the districts would handle what could be unprecedented actions, Belluscio said.

“It is quite frightening to see what could happen if that support is cut further,” she said. “When you look at that dismal track record and you consider additional cuts, the impact on hospitals and potentially their patients and communities could be devastating.”

The cuts could have a ripple effect in places such as higher education, where further reductions could make the state ineligible for federal stimulus funds, which require a certain level of state contribution, said Paul Shelly, a spokesman for the New Jersey Association of State Colleges and Universities.

A spokeswoman for Christie said today that the shortfall was not unexpected.
“All along we have expected that New Jersey’s fiscal situation was going to be much worse than originally anticipated,” spokeswoman Maria Comella said. “The governor-elect and the transition team will continue to work with the Corzine administration to freeze state spending and to find additional cuts where possible.” Star Ledger.