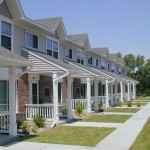 New Jersey affordable housing advocates are objecting to a new bill that would change how the state decides whether towns are providing enough low-income housing. They say it would let too many towns off the hook and do little to ensure that more affordable housing will be built. Under the bill proposed by Sen. Ray Lesniak of Elizabeth, the criteria would change to include a wider variety of housing types. If the bill is enacted, half of New Jersey’s towns would be considered compliant; the others would be required to set aside 20 percent of their housing for low-income residents.

Lesniak said this week that it recognizes that half the state’s towns have provided “”a realistic opportunity for low and moderate income housing.” APP