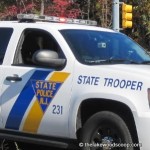 In what some advocates of open government call an unprecedented overreach, Attorney General Paula Dow has blocked the public from knowing how much overtime State Police troopers and other state law enforcement officers earn. Dow’s rule, which took effect this month, is part of a larger effort by the attorney general to make confidential any records that “may reveal or lead to information that may reveal” an officer’s assignment.

The measure applies to the State Police and any other law enforcement officers that work under the Department of Law and Public Safety, but not local police departments, said Leland Moore, a spokesman for Dow.

But open government advocates said the move by Dow restricts basic financial information, and that the taxpayers of New Jersey have a right to track public spending, including overtime.

“Public employees, including law enforcement, have never liked the public knowing how much they make,” said Ron Miskoff of the New Jersey Foundation for Open Government. “But the public is paying the freight and I don’t see how knowing someone’s overtime is going to put anyone in danger.”

State records show that troopers earned $25.5 million in overtime last year, and as of September they made $15.7 million. Topping the list was Sgt. Robert Galik, assigned to Turnpike duty, who earned $63,221 in overtime last year. He has made $50,685 through the first nine months of this year, the second highest amount among troopers.

Deborah Jacobs, executive director of the American Civil Liberties of New Jersey, said she was “bewildered” by Dow’s decision, especially concerning the State Police, which has a troubled history.

“They should be doing everything possible to make it as transparent as they can,” Jacobs said.

But Maki Haberfeld, chairwoman of the Department of Law, Police Science and Criminal Justice Administration at John Jay College of Criminal Justice, defended the limits, saying public access to overtime for individual officers may expose those assigned to undercover work who earn a lot of extra pay.

“I’m not in favor of the public’s knowledge as far as assignments are concerned, and overtime is related to assignments,” Haberfeld said. More in Star Ledger.