Murphy Directs Flags To Be Flown At Half Staff 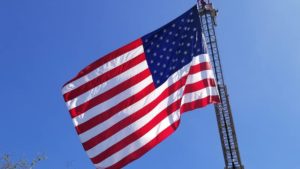 Governor Phil Murphy has issued an executive order directing U.S. and New Jersey flags to be flown at half-staff on Tuesday, in mourning of former US Supreme Court Justice John Paul Stevens.

Stevens served on the US Supreme Court for 35 years, and was often the final say in advancing progressive agendas in the courts.

Murphy applauded Stevens decades of service to the US, his liberal stances on a variety of issues, and said he would be missed dearly.