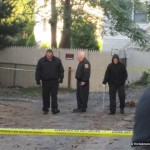 The number of murders in New Jersey spiked last year, but the latest FBI reports show that the overall violent crime rate is down, reflecting a national trend seen in a number of Monmouth and Ocean county towns. Murders rose 16 percent from 2009, a number inconsistent with the national decline of 4.2 percent, according to the FBI’s 2010 Uniform Crime Reports, a collection of crime statistics from across the country.

Most towns in Monmouth and Ocean mirror what criminologists say has been a slow but steady decline.

“Crime’s been going down since the 1990s,” said Mercer Sullivan, associate professor at the Rutgers School of Criminal Justice in Newark. “It started to build back up in a few places around the country, but you would sort of expect that.”

Large cities and towns like Asbury Park, Long Branch, Middletown and Toms River have seen their crime rates from 2009 drop while smaller municipalities’ rates, such as that for Belmar and Plumsted, remained static.

Seaside Heights, a key resort destination in Ocean County, saw its violent crime rate increase nearly 24 percent in one year to 14.1 per 1,000 residents, according to the FBI. Police Chief Thomas Boyd said he has not seen the numbers and could not comment. More in APP.