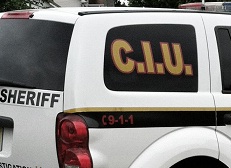 Police say there have been a number of burglaries reported in the past week in Lakewood. Though most of them were non-forced entry, at least one of them were forced entry through a main-floor window, police say.

The burglaries occurred in Whispering Pines, in Coventry Square and other areas. At least one burglary was reported over Shabbos as well.

A local Shul also had its Pushkas burglarized over Shabbos.

Jewelry and cash were among the items stolen, police say.

It’s unknown if the incidents are related. CIU is investigating.