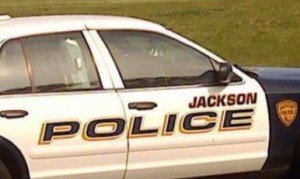 A motorcyclist was killed after a truck turned in front of him yesterday afternoon, police say. At about 5:56 pm on Saturday, police officers and emergency personnel responded to the area of the intersection of East Veteran’s Highway and South Hope Chapel Road on the report of a crash involving a motorcycle.

The 28 year old driver of the motorcycle was transported to an area hospital where he succumbed to his injuries. The motorcycle driver’s identity is being withheld at this time.

During the investigation, the driver of the Ford Ranger was placed under arrest.

Jason Wolek, age 38 of Jackson, New Jersey. Mr. Wolek was charged with: Failure to yield, Driving an uninsured vehicle, Reckless driving, Driving with a suspended driver’s license, and also with the criminal charge of Causing a death or injury while driving with a suspended driver’s license. Bail on the charges was set at $50,000.00 and he was later lodged in the Ocean County Jail in default of bail.

The investigation is being conducted by Police Officers Joseph Candido and Donald Lasko, along with the Ocean County Prosecutor’s Office and is ongoing at this time. Anyone who may have witnessed anything or who has additional information on this incident is asked to contact the Jackson Police Department at 732-928-1111.

At approximately 9:16 pm, while the intersection was closed for the motor vehicle crash investigation, a 2003 Ford drove over traffic cones set up by Officers Greenberger and Henba and then into the scene.

The vehicle was stopped and during the investigation, the driver was placed under arrest for driving while intoxicated and marijuana and paraphernalia was also recovered.

Jaclyn Morizio, age 22 of Jackson, New Jersey. Ms. Morizio was charged with: driving while intoxicated, reckless driving, traffic on marked lanes, possession of marijuana (under 50 grams) and possession of drug paraphernalia. She was processed and released on summons pending a court appearance. [TLS]