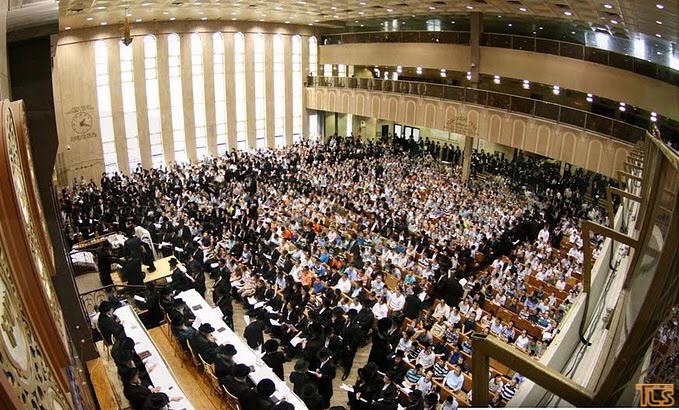 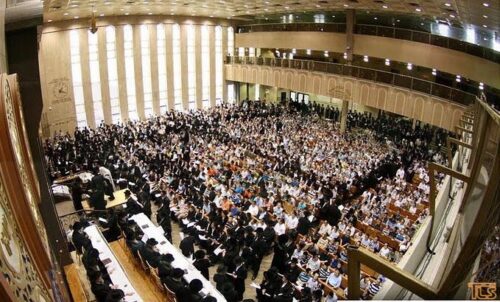 Tens of thousands of children from all across the globe will storm shaarei shomayim on behalf of Klal Yisroel during Misaskim’s annual Aseres Yemei Teshuva asifa on Monday, September 13th.

As in recent years, the main assembly will be held at 1 PM in the Bobover beis medrash on 15th Avenue and 47th Street, where thousands of boys will be davening together and will be joined by gedolim, roshei yeshiva and rabbonim. Hundreds of boys’ and girls’ schools worldwide will be taking part in the asifa via satellite hookup, with more than 12,000 children participating in Boro Park alone.

The children will be reciting kapitelach 13, 20, 79, 121, 130 and 142 of Tehillim before they daven Mincha and say Avinu Malkeinu, Selichos of Shlosh Esrei Midos and Kabalas Ol Malchus Shomayim. While the concept of a children’s Tehillim asifa was first conceived 27 years ago to daven on behalf of the Jewish community’s cholim, its scope has evolved over time in the face of ongoing tragedies.

“Klal Yisroel needs this now more than ever,” said Misaskim founder and CEO Yanky Meyer. “We are coming off a year that was darkened by the pandemic and the terrible loss of life in Meron, Givat Zev and Surfside, among others. We can only hope that the Aybishter will accept the heartfelt tefilos of our beloved tinokos shel beis raban and bring an end to our sorrows.”

Wherever you might be at this hour, why not stop and join the asifa at this special eis ratzon – your tefilos can be part of this global display of achdus during this special zman mesugal l’tefila.