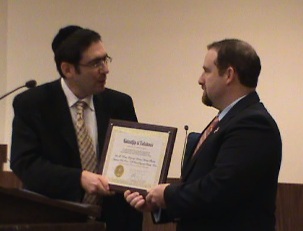 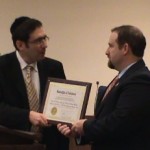 VIDEO: Leo Pratte, the Regional Director for Community Resources for the Red Cross, was honored at Thursday evening’s Township Committee meeting. Pratte was recognized for his efforts in assisting residents in two particular disasters which hit Lakewood this year.

The first incident involved several families from the High Point development, when a micro-burst ripped the roof off their building, leaving them homeless.

The other incident, was a July storm which left thousands without power, and left families of a Woehr Avenue apartment building displaced when the roof of their building was ripped off.

In both incidents, the Red Cross was called in and set up temporary shelters for the displaced families, until proper shelter could be found for them. TLS.