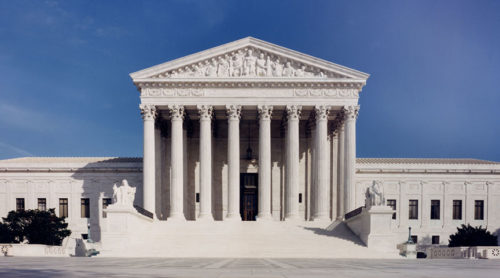 In a major win for religious freedoms, the US Supreme Court tonight voted 5-4 to strike down New York Governor Andrew Cuomo’s rules that placed attendance limits on shuls and other houses of worship.

“Even in a pandemic, the Constitution cannot be put away and forgotten,” the Court wrote in its majority opinion. “The restrictions at issue here, by effectively barring many from attending religious services, strike at the very heart of the First Amendment’s guarantee of religious liberty.”

The ruling marks a massive win for Agudath Israel for America, who joined with the Catholic Diocese of New York in filing the suit with the Supreme Court.

As part of their opinions, the justices wrote that Governor Cuomo’s public statements about Orthodox Jews can be viewed as proof that he was targeting them.

In a scathing rebuke of Cuomo, Justice Gorsuch wrote, “According to the Governor it may be unsafe to go to church but it is fine to pick up another bottle of wine, shop for a new bike, or spend the afternoon exploring your distal points and meridians. Who knew public health would perfectly align with secular inconvenience?”

The win for religious freedom also marks the first time in which the Supreme Court’s new conservative majority – following President Trump’s nomination of Amy Coney Barrett to the court – helped the cause of religious freedom in the United States nationwide.

Chief Justice John Roberts was the only conservative-leaning Justice to side with the Court’s liberals in the case, writing that there is “no need” to grant relief to religious organizations since the limits currently do not apply.