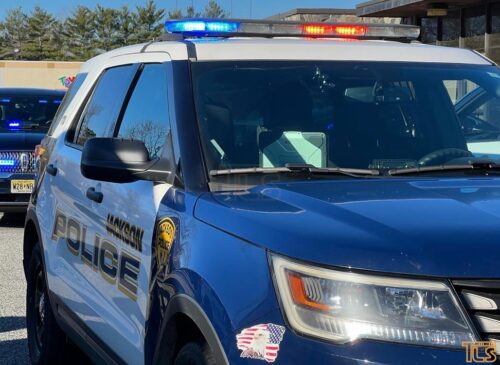 On May 8, 2021, Jackson Township Police Officers responded to a 911 call for a report of a stabbing incident on Maria Street.  Responding Officers discovered a female with a large slash across her face.  An investigation conducted by the Jackson Township Police revealed that the female victim had been followed to her residence by Mahan.  Mahan held a knife to the victim’s neck, threatened to kill her, and then struck her in the face while holding the knife, thereby causing a laceration to her face.  As a neighbor intervened and called 911, Mahan fled the area.  Mahan’s vehicle was observed by Officers traveling on Toms River Road.  A pursuit was initiated, and Mahan fled at a high rate of speed.  As Mahan was attempting to navigate a turn onto West Veterans Highway, he struck another vehicle.  As he continued travelling at a high rate of speed on West Veterans Highway, Mahan’s vehicle collided with yet another vehicle, forcing it off the road.  Mahan’s vehicle traveled approximately 500 more feet before it became disabled; he was subsequently taken into custody without incident.

Mahan was initially transported to Monmouth Medical Center, Southern Campus in Lakewood for the purpose of securing a blood sample to determine whether he was operating the motor vehicle under the influence of alcohol or drugs; laboratory results from the blood draw later confirmed that Mahan’s blood alcohol level was .14 – nearly twice the legal limit under New Jersey law.  Mahan was transported to the Ocean County Jail, where he has been lodged since May 8, 2021.

The female victim was transported to an area hospital for treatment of non-life-threatening injuries.  The occupants of the two vehicles struck by Mahan were treated at the scene for minor injuries.