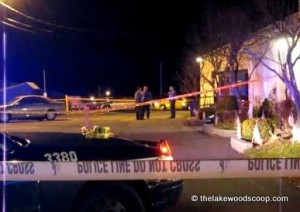 Robert H. Hankins, the man accused of slitting a woman’s throat on New Year’s Eve in Lakewood two years ago, was sentenced to 20 years in prison for the attempted murder.

The crime occurred New Year’s eve on December 31, 2011 at the American Legion on River Avenue in Lakewood.

On that evening, at approximately 11:53pm, Hankins approached Diane Sasso, 58, of Whiting, NJ, pulled out a knife and slit her throat. He then proceeded to go outside the American Legion and slit his own throat. Both victim and defendant were transported to Jersey Shore Medical Center. Sasso suffered life threatening injuries since her anterior jugular vein was cut. She has not worked since that day and suffers from PTSD (Post Traumatic Stress). She takes medications for her mental health now.‎