Man Robbed At Gunpoint; Suspect Makes Off With A Dollar 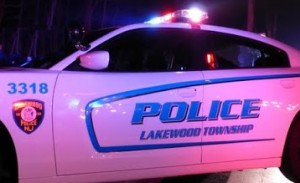 A man was robbed at gun point tonight in Lakewood, but the suspect didn’t get too lucky, sources confirm to TLS.

Police were called at approximately 11:30 p.m. to the Raintree area for a report of a male held at gunpoint.

Police arrived and obtained further information from the victim, who officials confirm was not injured. He stated that an unknown male approached him showing a gun, demanding that he gives him all his money. The victim reportedly had one dollar on him, which he handed over to the suspect.

The suspect is described as a short male wearing a dark colored hoodie, and was last seen fleeing on foot towards Alvarado Road.

Police are searching the area and further investigating the incident.

(The incident was first reported on our News Alerts)