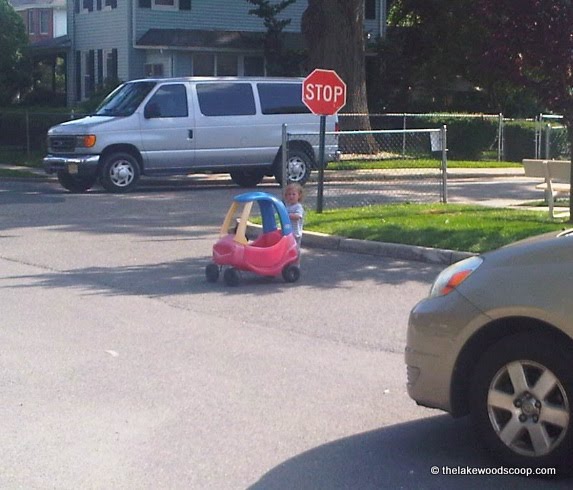 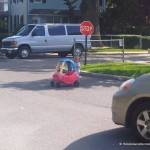 An officer from the Lakewood Police Department says the occurrence of leaving bikes and toys in the roadway is seen too often, and poses an extreme danger to motorists. “All too many nights, (especially on Shabbos), I come across bikes and toys left without care in the roadways”, an officer wrote to TLS, and references a recent story in which an out of State officer was killed due to a bicycle left in the roadway.

The AP recently reported that State police investigators say a fatal accident in June involving a Ball police officer traveling almost 90 mph was caused by a bicycle lying in the road.

The officer, who was on duty and was responding to a call, had the vehicle’s emergency lights on and was wearing a seatbelt during the crash, the report said. On the way to the call, the officer hit the back tire of the bicycle lying in the road, and lost control of the vehicle. The vehicle ran off the road, went through a ditch, hit several trees and caught fire. He was pronounced dead at the scene.

In light of the above story, the officer is asking that residents take this into consideration after children are done ridign their bikes or toys.

“Please get this message out”, the Lakewood Police Officer asked.