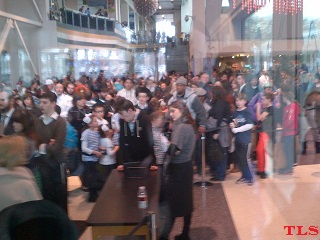 Hundreds of families were unable to enter or exit while security personnel – including the State Police and others conducted a search of the large premises.

The children were located in Center over an hour later, a source tells TLS.

UPDATE: After reading the story, the Liberty Science Center made the following statement in the comments section:

“Guest safety is the top priority at Liberty Science Center. Though it may have felt longer, access to the building was restricted for 30 minutes on March 28 while we reunited the children with their families. We would like to share our sincere gratitude to all of the guests who patiently allowed us to follow the operating procedures designed to keep everyone safe.

When guests visit LSC with their children, we know they are entrusting us with their families’ care and we take that very seriously. Thank you again.”