Letter: The Real Problem: A Response to ‘Why Isn’t “Good” Good Enough?’ 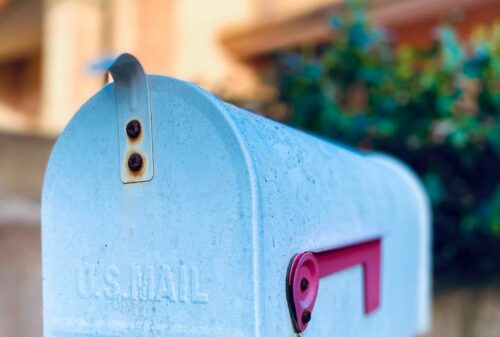 It was with great dismay that I read the letter from the bochur who finds himself being admonished for making some income while continuing his learning schedule and was particularly disturbed by the fact that the number of potential dates being redt to him have “dwindled,” as he stated.

There are two points I would like to make in response to his letter.

I agree with him that the priorities in today’s shidduch market are, in many ways, upside down, but it seems that his frustration lies primarily with the shadchanim. I disagree with this perspective. It is undoubtedly extremely frustrating and hurtful to be told by shadchanim that you’re “shooting yourself in the foot” for making a responsible decision, but you also have to keep in mind that shadchanim are working within a system that they didn’t create.

Shadchanim telling you that you will get fewer dates are not wrong or malicious – they are stating a fact. The facts are that girls coming out of seminary have very idealized versions of marriage in their minds. Seminaries don’t teach much about the need for income to support a husband in kollel, they only teach that your highest priority should be that your husband is a “top guy” who is also a masmid learning every moment of every day  (somehow those are separate things, which is a separate issue that should be discussed on its own). So shadchanim are forced to look for guys who are only and exclusively learning, even if they don’t agree that it makes the most sense.

Which brings me to my main point. The struggle this bochur is dealing with is not indicative of bad shadchanim or even a broken dating system; It is indicative of a broken seminary system.

I’m not knocking the ideal, I’m saying that it has to be clear that it’s only an ideal, not something everyone can or should be expecting to get.

I once asked a top Lakewood marriage counselor what issues he sees as being the greatest causes of marital strife. He mentioned several items, and finances was near the top of the pile. The amount of time the husband puts aside for learning was also an issue at times, but it didn’t even make the top ten causes for disharmony in marriage.

You know why that is? It’s because, at the end of the day, the number of hours your husband learns isn’t going to make or break your marriage. But you know what might? Not being able to keep the electricity on. You know what else might wreck your marriage? Your husband being so engrossed in his learning that he is never available to help you take care of the kids. That could really make you miserable.

What really matters in looking for a husband is finding someone with middos who will be there for you and support you as necessary. Getting a “top guy” is doing none of that for you. You will be a lot happier with a husband who is ehrlich, has the ability to provide for you and the family, treats you like a queen, and is koveah ittim latorah.

The issue isn’t shadchanim, the issue is the insane indoctrination of our girls into believing that a boy who isn’t learning 18 hours a day isn’t worth her time.

A Happily Married Wife of a Baalebus