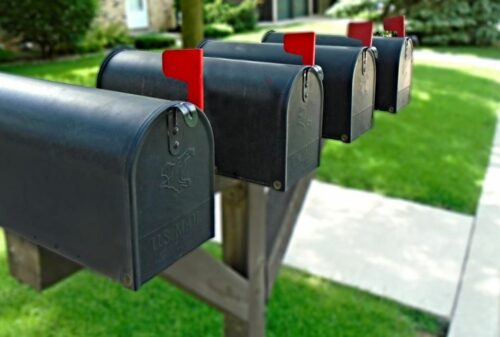 I have recently seen a writer express the notion that it is the duty of the Jewish communities of Ocean County to throw our support behind Governor Murphy in next month’s election. The reason?

He cites the governor’s hands-off approach toCovid in regard to the Jewish community during the later months of the pandemic.

But is that really justification enough to commit our sought-after votes – which after the recent registration drive in Lakewood and surrounding townships has swelled to upwards of an 80,000 voteswing – to the re-election of our incumbent Democrat governor?

To be clear, do we appreciate that he withheld the draconian rules his close ally across the Hudson imposed? Of course! But to point to it – an obvious political maneuver in dealing with perhaps the largest voting bloc in the state shortly before the election – and to say that this man will forever have our best interests in mind, is pure foolishness. It is just one cog in the machine of government that he played remarkably well, and which would make any political advisor proud, but we should not be so naïve as to allow it to shape the entire perspective we have of our governor going forward.

How did he score on his other jobs? Aside for photo ops and press releases, did he exhibit any courage in standing up for what’s right?

In his overall Covid policies (aside from the one mentioned above), he practically mirrored his counterpart in New York. But while Cuomo fell from good graces due to personal issues, Murphy quietly stepped off the stage and played down his hospital and nursing home policies, almost with impunity.

On the home front, there are a number of important matters that pertain to our community, and yet, although it is just weeks to an election, the governor has not made even one campaign promise to our voters, instead remaining almost indifferent to our most pressing issues. For example, the state’s faulty funding formula which discriminates heavily against our local population has not received even a comment publically from the governor. Then there is the ongoing painful saga in which a pillar of our community is being senselessly hounded by the Murphy justice department, for what the judge called ‘a matter that could’ve equally and responsibly been handled as an administrative manner’ – a travesty that has united our community and has propelled tens of thousands of local donations amounting to millions of dollars towards his defense. And what about the daily reminders of the governor’s inaction when we remain ensnarled in an ever-increasing web of traffic that is a direct outgrowth of the most ignored traffic artery in New Jersey’s fifth-largest municipality, and our governor has yet to make any meaningful commitment to widening State Route 9.

The very notion that we will blindly throw our support behind Phil Murphy just because of his approach during the latter part of Covid is an embarrassment to the intellect of our community.

Our votes are not that cheap.