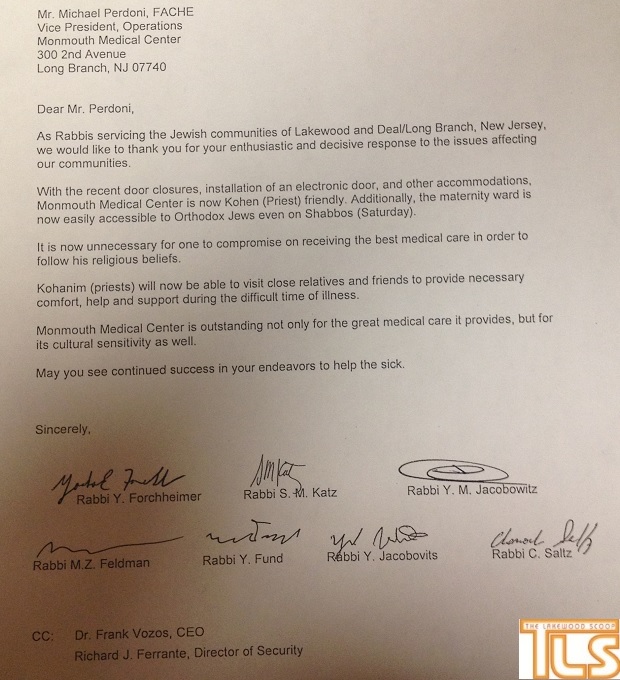 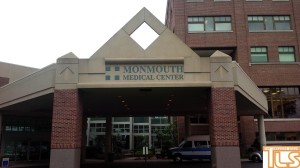 [LETTER BELOW] In an amazing display of respect and sensitivity to their Orthodox patients and clients, the Monmouth Medical Center administration has made unprecedented changes to correct an issue of possible Chillul Shabbos

For the past few years, members of the Lakewood community, and beyond, have had difficulty entering the fifth floor maternity ward at Monmouth Medical Center on Shabbos and Yom Tov, due to the presence of a security camera at the top of the stairwell. Many Rabbonim maintain the opinion that one may not allow himself to be videotaped on Shabbos if he will benefit from being seen in the video.

Until now, the only way for the security guard to be alerted to buzz the person in, was by seeing him in the video screen. Therefore, the psak of many Rabbonim was that one may not enter the fifth floor maternity ward on Shabbos or Yom Tov.

In response to this issue, the hospital went out of its way to correct this issue, by moving the security cameras to a different location in the stairwell.

The procedure for entering the maternity ward on Shabbos and Yom Tov is now as follows.

Upon entering the hospital lobby, one should tell the security guard that in five minutes he will need to enter the fifth floor through the stairwell.

Five minutes later, the guard on the fifth floor will press the buzzer at his desk, which will unlock the door for about 10-15 seconds. (The guard can talk to you over the intercom, but you cannot respond without pressing the intercom button.) 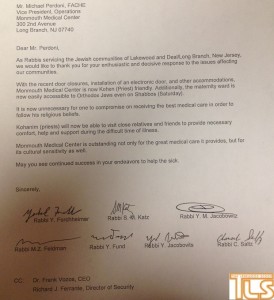 It should be noted that this protocol is only needed for the 5th floor. The 6th floor maternity ward, as well as the labor and delivery unit, can be accessed by simply knocking loudly on the door to the department. The staff will hear the knock and buzz you in.

“The administration of MMC has gone above and beyond to help our community, and it is greatly appreciated,” Askonim involved told TLS.

The Rabbonim involved, led by Rabbi Forchheimer and Rabbi Shmuel Meir Katz, have sent a warm thank you letter to the hospital administration for their help on this issue, as well as with issues pertaining to Kohanim.

This content, and any other content on TLS, may not be republished or reproduced without prior permission from TLS