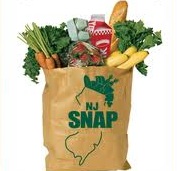 Two bills authored by Senator Raymond Lesniak that would help correct problems plaguing the state’s food aid programs were approved by a Senate committee on Monday. One measure, S-2662, would expedite assistance for food stamp recipients in crisis and the other, S-2661, would require receipts for applicants to verify their request for food aid.

“There is a hunger crisis in New Jersey that is being made worse by a mismanaged food assistance program that leave some families without food waiting up to six months for assistance,” said senator Lesniak. “It is unconscionable to make families and children go hungry that long. This bill will expedite applications for food stamps for households experiencing severe economic problems.”

New Jersey ranks next to last in the country in processing applications for the Supplemental Nutritional Assistance Program, which requires approved requests to be processed within 30 days. Federal officials have warned the state that it risks losing aid if corrective action isn’t taken.

The companion bill would require applicants for food stamps receive a receipt when they apply for the program. Under the measure, a county welfare agency, county board of social services, or other entity that is responsible for receiving SNAP applications would provide a receipt proving that the application has been filed. This would provide confirmation for any problems the applicants experience in seeking help in feeding themselves or their families, Senator Lesniak said.

While most states have seen a decline in the number of people receiving food aid, New Jersey had an increase of 3.5 percent between August and September of 2014.

Senator Lesniak has been aggressively challenging the Christie Administration to do more to address the hunger crisis in New Jersey by restoring the Heat To Heat program to bring up to $170 million in federal aid to replace cuts made by Congress and by creating a new “after the bell” program to provide 10-cent breakfasts for hungry children.

“An estimated 1.5 million people in New Jersey are classified as ‘food insecure’,” said Senator Lesniak, “meaning that they don’t know where their next meal is coming from. The hunger crisis needs to be addressed and improving the SNAP program and the assistance it provides is part of that effort.”

Both bills were approved by the Senate Health, Human Services and Senior Citizens Committee.