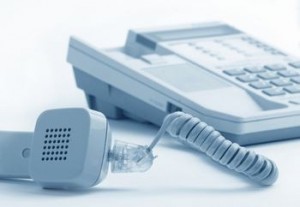 Legislation to create an investigative section of the Division of Consumer Affairs dedicated to telemarketing abuses was advanced today by an Assembly panel.

The bill, sponsored by Assembly Democrats Sgt. Bob Andrzejczak and Daniel Benson, would establish a telemarketing fraud investigation unit within the Division of Consumer Affairs that would investigate consumer complaints related to telemarketing practices.

“Unwanted telemarketing calls continue to interrupt the lives of New Jersey residents, regardless of whether they have deliberately expressed that they are not interested or perhaps even logged a complaint,” said Andrzejczak (D-Cape May/Atlantic/Cumberland). “It’s critical that we are proactive about cracking down on companies that casually break the law on a regular basis. The investigative unit that this bill creates will be essential as we fight back against the uncompromising telemarketers who pester New Jerseyans incessantly.”

“Many telemarketers ignore the ‘Do Not Call’ list, circumvent caller ID and harass New Jersey residents about everything from offers of credit to alarm systems,” said Benson (D-Mercer/Middlesex). “We have a duty to be as aggressive about combating these unsolicited calls as the telemarketers are about making them. This legislation will be a big step forward as we work to protect the people of this state and send a message letting telemarketers know their behavior absolutely will not be tolerated.”

The legislation was released by the Assembly Consumer Affairs Committee.