Legal Analysis: What Happens if a Supreme Court Justice Is Assassinated? | Yoel Ackerman 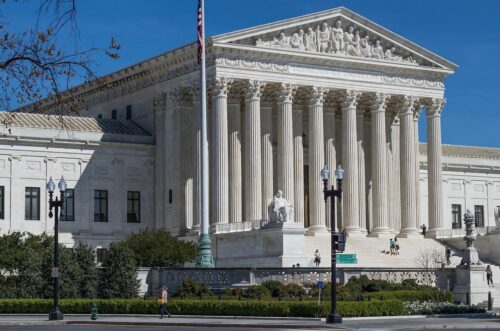 It was revealed yesterday, that Democrat linked organizations also publicly posted the address of Amy Coney Barrett, another sitting United States Supreme Court Justice. This all comes on the heels of a leaked memo from the Supreme Court stating that they are considering overturning the famous Roe v Wade case which federally protected abortion rights.

There has never been an assassination of a sitting United States Supreme Court Justice, although several justices have died while still sitting on the bench: Most recently, Supreme Court Justice Ruth Bader Ginsburg died while in office at age 87 in September. Similarly, Justice Antonin Scalia died at age 79 in 2016 while still serving on the SCOTUS, and Chief Justice William H. Rehnquist died in 2005 at age 81. Since 1900, only nine justices have died in office.

When a justice on the Supreme Court dies, the sitting president “shall nominate, and by and with the Advice and Consent of the Senate, shall appoint” someone to fill that vacancy, according to Article II, Section 2 of the U.S. Constitution. The president is given unrestricted leeway in his or her selection and is not required to explain it. The Constitution does not specify that nominees meet any requirements pertaining to education, citizenship status, or age. Once the president has decided on a nominee, he sends the information to the Senate where they will hold hearings on whether or not to confirm the nominee. While the Constitution does not specifically mention assassinations, the same would be true.

Even as the nomination process is underway, the SCOTUS will continue to hear cases, despite having eight justices instead of its usual nine. Any cases that were in progress at the time of the justice’s death must forgo his or her vote, even if it’s known how that justice would have voted. If any cases result in a deadlocked 4–4 vote, the court can pursue one of three options: It can try to rule on different grounds to secure a majority; it can let the most recent lower-court decision stand; or it can reschedule the case for the next term, when a ninth justice is seated.