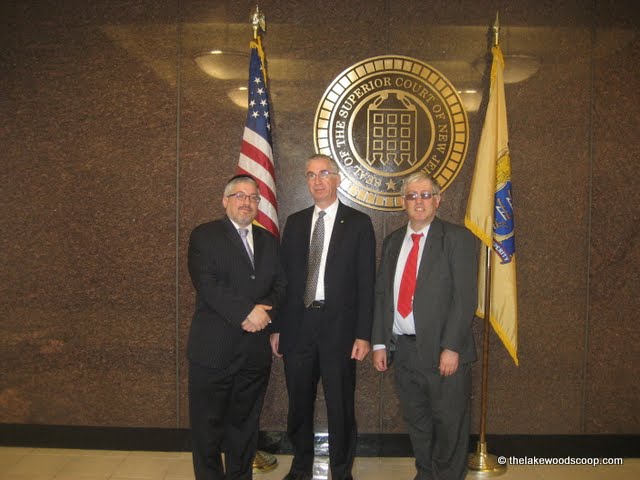 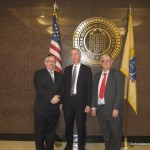 PHOTOS & VIDEO: A Lawsuit has been filed against the Board member’s of Perth Amboy’s 110 year old Shul, TLS learned. Larry Loigman Esq –  who has a well known reputation of successfully fighting such cases – stood last week in front of a Middlesex County Judge who is hearing the case regarding the intent to sell off the Historic Shul and its contents, which would bring a close to the remaining Jewish life to the once flourishing Shul.

“We do intend to pursue this lawsuit so that the building itself cannot be sold, unless it’s going to be sold to another Shul or Jewish institution”, Attorney Larry Loigman says.

Askonim involved in the case say that since bringing the case to light, there has been a tremendous amount of support for keeping the Shul and preventing the sale. Former Perth Amboy residents and students – as well as a grandson of a former Rav of the Shul, a Lakewood resident – have since offered to assist in the case.

Also assisting in the case, is Josh Pruzansky of the Orthodox Union.

“Rabbi Pruzansky is well known to be dedicated to many Jewish causes and has gotten involved to stop this tremendous Chillul Hashem from taking place”, the Lakewood Askonim involved in the case, say.

Askomin also say, there has been a potential buyer who intends to keep the Shul a Jewish place, but phone calls he placed to a Board member and Real Estate agent, were not returned.

Board member Hershel Chomsky, a resident of Perth Amboy for a quarter of a century – whose father once served as a Rav there – continues to battle the four other members of the Shul board, in hopes of restoring the Shul to its past beauty, and reviving the community.

“We hope to succeed, and help the community grow again”, Chomsky says.

In the meantime, reportedly due to the lawsuit, the board members have said the sale of the Religious items has been postponed.

“The Shaarey Tefiloh Contents Sale has been postponed until further notice”, the members stated.

Askonim say a committee is being formed to explore all options. They can be reached at [email protected]il.com. TLS/Lakewood Shopper.